Staff offices and a conference room are located on the third floor. The second floor contains a courtroom; student computer room; a renovated fitness center, first aid and CPR training; and storage rooms for records and student supplies. The first floor includes two state-of-the-art classrooms, an executive conference room, and additional fitness center. There are seven hard-wired video scenario rooms, as well as additional areas for crime scene processing and other tactical training located in the basement.

The building was built in the 1920s and was known as the “Granada Club House.” It housed university students until 1988, including famous alums Hugh Hefner, Alex Agase, and Allen Sherman – writer of the song “Hello Muddah, Hello Fadduh (A Letter from Camp).” In l988, the Board of Trustees of the University purchased the building to be the offices and classrooms of the Institute. The renovation and remodeling work was done in 1989-90. The Institute began conducting programs from this building on July 2, 1990. 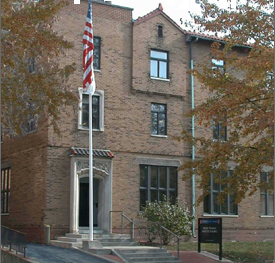 The University of Illinois Police Training Institute Tactical Training Center occupies 3.5 acres and incorporates five unique ranges and one large general-purpose classroom. The ranges are well suited for both handgun and long gun training, with distances between 25 and 65 yards.

The integration of reactive steel and electronic targets, along with traditional paper targets, affords additional elements of reality-based training. Control tactics training, along with approach and deployment, entry and search, and vehicle stops scenario training, can also be conducted on site. 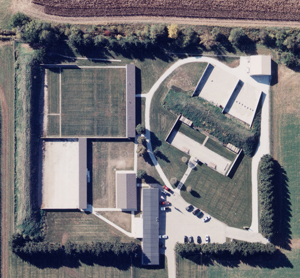 PTI has three multipurpose buildings along with the grounds outside the buildings located at Willard Airport. These buildings house permanent traffic crash sites as well as large classrooms and a dispatch center. The area outside has streets and intersections and is used for patrol operations training, allowing officers to answer calls at various locations simulating the patrol environment. Other operations, such as approach/deployment, entry and search, and accident investigation will be conducted at the WATC. The new 2,000 square-foot matted control tactics facility is located here, where all control tactics training is conducted. 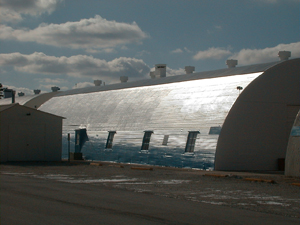